All Episodes
Why Multi-Storefront is a Game-Changer: A Conversation with BigCommerce’s Jim Herbert 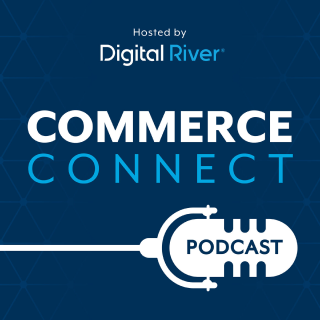 Commerce Connect Podcast
Why Multi-Storefront is a Game-Changer: A Conversation with BigCommerce’s Jim Herbert
April 19, 2022
#Business

Why Multi-Storefront is a Game-Changer: A Conversation with BigCommerce’s Jim Herbert

We talked about why Multi-Storefront is such a game-changer with Jim Herbert, SVP and general manager, EMEA at BigCommerce. Herbert has a long history in ecommerce. He co-founded one of the UK’s premier ecommerce systems integrators, which led to a merger and then a series of career moves that landed him at BigCommerce.

An unabashed cheerleader of the Open SaaS approach at BigCommerce, Herbert now finds himself in the middle of the biggest product announcement for BigCommerce in recent years, it’s new Multi-Storefront solution that will give merchants even more flexibility and ease of use.

Digital River’s Jason Nyhus recently spoke with Herbert about Multi-Storefront, Open SaaS and how flexibility is key for brands striving for long-term success.

That starts with BigCommerce’s Open SaaS model. Herbert says opening up its APIs for others to use led to innovation the company never expected. That flexibility has given companies of all sizes the ability to create better experiences for their customer, faster and cheaper – allowing the company to spend more time figuring out how to attract shoppers and ultimately do more business. (4:30-6:00)

Herbert believes the path to future-proofing an organization lies in technology like multi store ecommerce that allows for agility and customization with the speed and affordability that makes it available to merchants of all sizes.

In 2020, BigCommerce joined the MACH Alliance, a non-profit consortium of tech companies dedicated to advocating for an open, best-of breed technology ecosystem. MACH is an acronym for micro-services, API-first, cloud-native and headless. At 24:00 Herbert says while BigCommerce is a member, the MACH Alliance isn’t just aimed at retail – it’s for organizations looking to spread the idea of using best-of-breed architecture as a way to future-proof a company moving forward.

Listen to the entire conversation on the business of ecommerce transformation and the evolution of digital experiences.